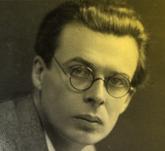 ​​Reincarnation is the rebirth of the soul. It is believed that the biological death does not destroy the soul, the soul comes back to earth in a different form, in a different body. Many religions believe that reincarnation has been happening since the beginning of history and has recently gained interest in both culture and scientific research. Roughly a quarter of Americans believe in reincarnation according to a 2012 Pew Research report, and there are thousands of case studies on reincarnation stories from around the world.

James was born to Andrea and Bruce Leininger, a highly educated and modern couple. From an early age, James loved to play with planes. From the age of two, James began having nightmares about planes and he would wake up screaming: ”Airplane crash, on fire, little man can’t get out.”

Once his mother Andrea bought him a toy plane and pointed out what appeared to be a bomb on its underside. She says James corrected her and told her it was a drop tank. “I’d never heard of a drop tank,” she said. “I didn’t know what a drop tank was.” Andrea’s mother suggested that James probably was remembering his past life.

The couple took him to a counselor and therapist Carol Bowman, who believed that the dead sometimes can be reborn. With guidance from Bowman, they began to encourage James to share his memories. James was able to share more details about his past life with his parents, such as the name of the pilot, James M. Huston Jr.; the Navy ship on which he served, the Natoma; his co-pilot’s name; and the fact that he was shot down at Iwo Jima.

Bruce was able to track down the co-pilot Jack Larson and Houston’s living sister. James told them many things from his past life which no one would ever know. There was no reason than for his family and Houston’s sister not to believe him. They believe that James Leininger had a past life Lt James Houston Jr, a man who died in Iwo Jima in 1945 and he had come back to finish something. 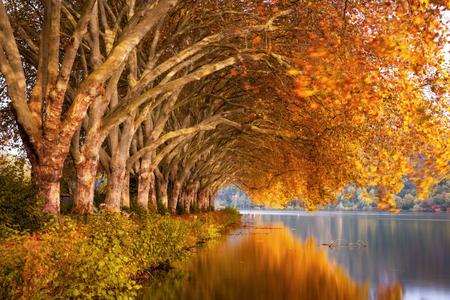 What is The Perennial Philosophy?

The central idea of the perennial philosophy is that Divine Truth is one, timeless, and universal, and that the different religions are but different languages expressing that one Truth. The symbol most often used to convey this idea is that of the uncolored light and the many colors of the spectrum which are made visible only when the uncolored light is refracted.

In the Renaissance, the term referred to the recognition of the fact that the philosophies of Pythagoras, Plato, Aristotle, and Plotinus incontrovertibly expounded the same truth as lay at the heart of all  major world religions. Subsequently, the meaning of the term was enlarged to cover the metaphysics and mysticisms of the great ancient wisdom traditions such as Kabbalah, Gnosticism, Taoism, Sufism Vedanta Hinduism, Mahayana Buddhism, and Shinto. 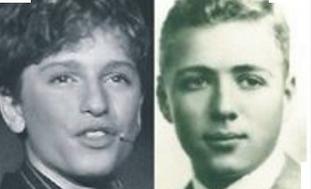 1. Yoga of Arjuna's Sorrow (Arjuna Vishada Yoga)
Evolution and Liberation
The Value of Conflict
Essence of the Gita
Living in Dharma
2. Yoga of the Eternal (Sankhya Yoga)
The Real and the Unreal
Three Laws of Vedanta
Knowledge and Practice
Yoga of the Higher Intelligence
Three Qualities of Matter
Person of Steady Wisdom
3. Yoga of Action (Karma Yoga)
The Value of Action
Desireless Action and Ego
Preparing for Meditation
Action as Unification
Karma Yoga in Practice
Spiritual Work
Detaching from Desire
4. Yoga of Knowledge in Action (Jnana Yoga)
Descent of the Avatar
Reincarnation
Knowing Reality
The Four Types
The Secret of Work
Sacrifice, Individual and Cosmic
Techniques of Sacrifice
The Power of Faith
5. Renunciation Through Action (Karmasannyasa Yoga)
Renouncing Desire
Action for Integration
The Joy of Harmony
Action as Duty
The Way of Knowledge
Beyond Mind
The Freedom of Meditation
6. Yoga of Meditation (Dhyana Yoga)
Renunciation of Agency
Self-Effort
Equality, Love and Self-Control
The Way of Meditation
Freedom from Sorrow
True Empathy
Effort is Never Wasted
Reflections on Meditation
7. Yoga of Wisdom (Vijnana Yoga)
Matter and Spirit
God as Nature
Atman Transcendent and Immanent
Taking Refuge Within
A Function of Evil
The Four Seekers
Worship
Transforming Levels of Maya
8. Yoga of the Imperishable Brahman (Aksharaparabrahma Yoga)
Cycles of Continuity
Levels of Consciousness
Transcending the Fear of Death
Aspects of Reality
Ways of Practice
The Process of Dying
Cycles of Time
Love and Devotion Beyond Time
Paths of Light and Darkness
9. The Secret Kingly Yoga (Rajavidya Rajaguhya Yoga)
Dynamic Divine Cosmology
God and Nature
Action as Creation
Ignorance and Knowledge
Worship and the Wisdom Sacrifice
Devotion
Yoga of Giving
10. Yoga of Divine Splendor (Vibhuti Yoga)
Origins of Individual Functioning
Cosmic Levels of Creation
The Tremorless Yoga
Devotion and Buddhi Yoga
Arjuna's Faith and Understanding
Consciousness and the Total Mind
The Ocean of Milk
Story of Prahlada
Psychology of Alchemy
The Seven Female Qualities
Incarnating God Energy
11. Yoga of the Cosmic Form (Visvarupa Sandarshana Yoga)
Cosmic Splendor and Destruction
Dissolution on a Personal Level
Karma and Cosmic Action
After Death Experience
Arjuna's Loving Gratitude
God With Form
True Spiritual Experience
12. Yoga of Devotion (Bhakti Yoga)
Levels of Devotion
Including and Transcending Personal Form
Arjuna's Question
Techniques of Devotion
Avoiding Pitfalls in Spiritual Work
The True Devotee
Reflections on Love
13. Yoga of the Knower and the Known (Kshetra Kshetrajna Vibhaga Yoga)
The Field
Aspects of Maya
Psychotherapy and Purification
Prerequisites for Knowledge
Intimations of Brahman
Relationship of Matter and Spirit
Five Steps Toward Discrimination
Liberation
14. Yoga of the Three Qualities (Gunatraya Vibhaga Yoga)
Description of the Gunas
Effects of the Gunas
Psychopathology of the Gunas
Observing the Gunas Within
Continuity of the Gunas
Evotutionary Potential of the Gunas
Way to Paramatma
Summation of the Three Qualities
15. Yoga of the Supreme Self (Purushottama Prapti Yoga)
The Secret of Nonidentification
The Source of Birth, Death and Action
Approaching the End of Knowledge
Three Aspects of the One
Affirmations of Brahman
Reflections on Faith 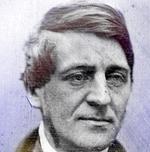 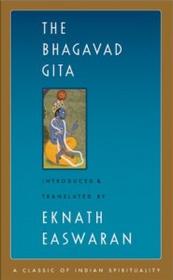 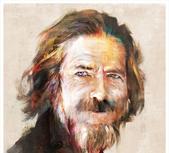 Philosophy of Truth vs. Psychology of Propaganda

Fundamental to pursuing truth is to: 1) start with a question, 2) rely on intellectually sound techniques to answer it, and 3) report the answer, whatever it may be. In “truthful” research, the answers are whatever they are, regardless of the researcher's point of view. By contrast, “propaganda” starts with an answer and relies on research not to find out how things are, but to prove a predetermined conclusion.

The Fastest Growing Trend in Personal Beliefs: "Spiritual, But Not Religious."

An in-depth presentation on esoteric wisdom traditions and how these ancient philosphies have evoloved into a paradigm shift toward "Spiritual, but Not Religious." Additionally, "the defining moment of spiritual transformation is examined.

Throughout history, the problem of free will vs. determinism has sparked major debates between philosophers. Determinism is the belief that all things, including human behavior, are casually determined in a manner that they could not be otherwise. Indeterminism is the view that some things, possibly human will and behavior, are free from casual determination. Though this problem raises many issues in itself, it also sparks many questions and arguments concerning other topics, such as religion and morality.

To believe in free will is not to say that human behavior is random or uncaused. It simply means that, to some extent, people have control over their actions. In addition to other factors, external and internal, people have the freedom to choose what actions they will take. The mere fact that man is aware of cause and effect indicates that he in some way takes part in the process. Are individuals merely a pawns in the world of cause and effect? If so, then what is the purpose of man's ability to reason and calculate outcomes in his mind when he cannot act on his own reasoning, but is forced to follow some predetermined path?

Philosophy means the love of wisdom. ​It is the search for the highest knowledge that an individual can have concerning the fundamental questions of existence. Philosophy concerns itself with the nature of the universe as a whole, the nature of consciousness or mind, its relation to the human body, the nature of the material universe, whether human beings have a soul, whether there is life after death, whether God exists and if so, what is the relationship between God and humanity? These metaphysical topics are the foundation of philosophy.

Philosophy also deals with ethics, which concerns questions on the nature of good and evil, and how human beings should behave given the contrasting demands of desire, conscience and society. In these discussions, we will cover major theories of the great philosophers, primarily in the western tradition (beginning with Pythagoras and Plato) - however, we will also review the philosophies of the East.

Philosophy should be made understandable to all, so its insights bring meaning to everyday life.

Plato: On love, beauty and the good
On the creation of the universe

Eastern Philosophy:
The Bhagavad Gita
The philosophical foundations of Buddhism

The Renaissance:
Descartes: I think therefore I am
Spinoza: God and nature as one
Immanuel Kant